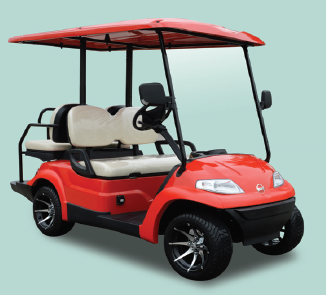 Thousands of golfers drive golf carts each day as they maneuver the many courses in the world. Thousands more use golf carts for regular transportation. Anyone who has considered buying a golf cart knows the first step is to decide whether to buy a gas or electric golf cart. Each of the two main varieties offer a range of benefits and drawbacks, and understanding them plays a key role in the selection process.

For large rechargeable 38- or 48-volt battery cells power electric golf carts, the batteries must be charged regularly to ensure that the carts can continue to operate. When battery power fades, the cart’s speed slows. Gas-powered golf carts operate with a traditional combustion engine. Most are four-cycle engines, but some two-cycle engines exist. Drivers fuel them with regular automobile gas, which can be added via a traditional gas station fuel pump or by dumping in gas from a can.

Both types of carts have benefits and drawbacks, and the cart that a particular person prefers depends largely on personal preferences and intended use. Most golf cart owners drive battery-powered carts.

As well, electric golf carts cost less to maintain and operate because recharging them is less expensive than buying gas for a gas cart and because they do not require as much constant maintenance.

Some golf cart owners prefer gas-powered golf carts because they run at faster speeds, can pull heavier loads and are easy to refill. More speed means making it from one place to the next in less time. As well, faster carts are sometimes allowed to drive on roads where slow-moving electric carts are not able to maintain minimum speeds.

Given their benefits, gas carts are often popular among those who prefer a custom-built cart. These sorts of carts feature more amenities and options, which drives up the price of the carts.

Electric golf carts pose problems because it can be more difficult to estimate when they will run out of power and they are more difficult to recharge. If a cart runs out of battery power on the golf course or in another location away from a charging unit, drivers can be stranded; in addition, electric carts feature batteries that are not easily removed for charging. In many cases, they need to be towed or pushed when they run out of power.

With gas-powered carts, a driver only needs to dump a gallon of fuel into a cart to resume operation, but the fuel also produces more pollution. The carbon-monoxide emissions pose a threat to health when carts are operated within enclosed spaces such as a garage. As well, gas carts make more noise and require regular maintenance in the form of oil changes.