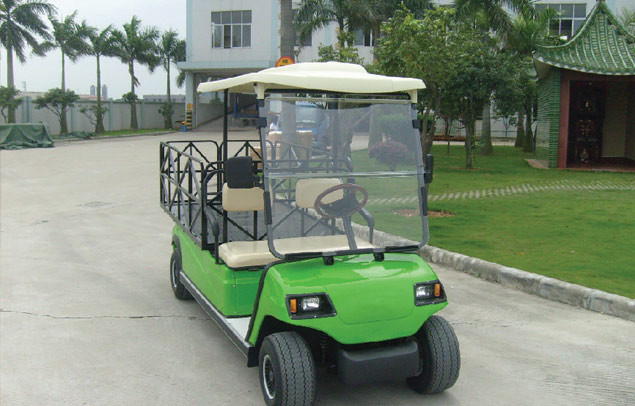 While the Chinese market for motor vehicles is still developing slowly, low speed electric cars, which are usually used for short-range driving in large and small cities and the rural-urban fringe, have enjoyed a rapid growth in China in recent years.

Mainly priced at about $4,960. low speed electric vehicles have a strong market demand, although most of them are manufactured by private factories, without a government license to produce new-energy vehicles. Therefore, the Chinese government has not yet recognized such vehicles as new-energy cars.

Some industrial experts said low speed electric vehicles are not very reliable because their major manufacturers rarely have a complete set of vehicle production technologies. They are also concerned about pollution risks for these cars are mainly powered by lead-acid batteries.

To regulate the market for low speed electric vehicles, some factories are calling for the government to establish technical standards of the industry as soon as possible by referring to European regulations for light and heavy “quadricycles” to encourage accelerated development of the major manufacturers of these low-speed vehicles.

“All we need is an opportunity given by the government to let us turn from a child without identity into a fully fledged citizen,” said Liu at the 2015 Global New Energy Vehicle Conference held in Haikou, Hainan province, earlier in April.

China’s sales of low speed electric vehicles increased to 17,642 in 2014 from 12,791 the previous year. The 2013 sales comprised 14,604 electric cars and 3,038 plug-in hybrid vehicles, according to statistics from the China Association of Automobile Manufacturers.

“It will be much easier to meet the State Council’s target if low speed electric vehicles are included,” said Pang